Dealing With a DNF

This has been a hard race report to write, for the obvious reason that the net result of our foray into Alpine Quest in 2019 was a DNF. The team entered the race with high hopes for a good start to the Adventure 1 series and instead we are left ruing a missed opportunity. 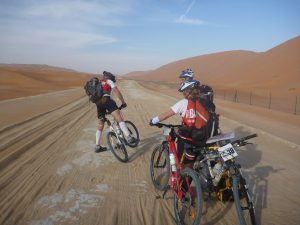 The exact moment it was game over at the Abu Dhabi Adventure Challenge.

Personally, I have two notable past DNFs next to my name: the first in the summer of 2008 at my first attempt at a 50 hour race – AROC’s Edge of Reality – which can be put down to simple inexperience. The second came in 2010 at the Abu Dhabi Adventure Challenge as a result of a knee injury that left me unable to straighten my leg without extreme pain. Standing on the finish line after being transported back to race HQ of those races and seeing the euphoria of teams crossing the finish line after a particularly tough race, I swore to myself never to pull out of a race again and face that disappointment. After all, I reasoned you can always put one foot in front of the other (even if you are short coursed) and even the worst moments in a race have an end to them.  No point sitting back in a hotel room when you can be out on course doing what you paid for. And yet, here I am writing this with a DNF for the first time in almost a decade. 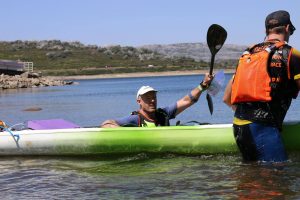 Taking a moment to cool off in the prologue.

I’ve had high praise in the past for the courses that Adventure Junkies pull together, and Alpine Quest was no different. As course setters they take teams to amazing locations, even if the logistics of getting there are more difficult than other races, which makes the racing all the more special. I’d only visited the Falls Creek area once before and it is almost purpose built for adventure racing. The team had a solid race in the prologue stage. While longer than expected at over 5 hours, I felt strong, we had smart navigation and the team worked well for a great result. I know it’s very early to call it, but riding single track on the high alpine plains will no doubt be a race highlight for the year. You can grab an insight from Dan’s video here. 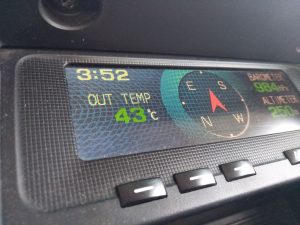 An ominous sign on the drive to race HQ.

Despite the fun and close racing of the prologue, the race was always going to be decided on the 36 hour stage the following day. The course took teams on a linear journey from the Mitta Mitta River, up to Mt Willlis, over the high plains into Bogong Village and back to Falls Creek. Kicking off with a 20km kayak leg, Norm and I were immediately dropped by Ali and Dan in the boat in front. While in deeper water, we could hold their pace fine but as soon as we hit shallower stuff, we often got stuck much sooner than the other boat with our added body weight, necessitating us getting out to walk the boat through shallow rapids much more frequently and for longer distances. While this proved to actually be quite a physical leg not because of the paddling but because of the portaging, the saving grace was that the morning was overcast and despite of (or perhaps because of) the hard work getting the boats down the river in a timely fashion, we managed to pretty much hold our place in the field. 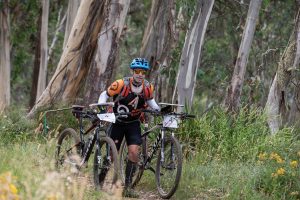 Dan managed to pick up a second bike on the long climb.

Hitting the transition area at midday, it was like the weather gods flicked a switch, the sun came out and the day started to bake.  Ahead up of us was a 30km ride with around 1700m+ of vertical ascent. Setting off on the bikes, I deliberately took it very steady and sat at the back of the team.  As anyone who knows me would confirm, I’m a pretty heavy sweater. I know that in temps over 20°C I have to watch my rehydration carefully and when the thermometer hits 30°C I can easily find myself in trouble. It hit 36°C that afternoon and I slowly cooked over the next 5 hours. With a ton of help from Dan getting up the big climbs, I crawled into the transition area in a mess, with vomiting, loss of appetite and cramps following not long after. 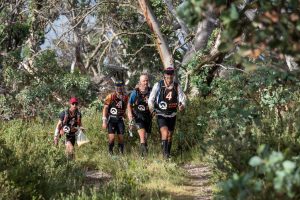 Trekking into the Australian Alps.

The team were supportive enough to give me every chance to recover in the TA. I’ve managed to dig myself out of holes before and heading to the cool of the evening there was hope that something could be salvaged our of our race. But setting off on the big overland trek leg the writing was on the wall. It literally came to a point in the road where I could return to the safety of the transition area or descend into some very rugged and remote back country where the consequences of requiring assistance ratcheted up. I hated making the call to pull out, but I just couldn’t see myself making it through the stage ahead in one piece, let alone the rest of the course that remained. At the time it just felt impossible. Worst of all was knowing the disappointment my team mates would be feeling, particularly having been in that position myself in the past. I’m glad they made the decision to push on and finish the stage unranked which is never an easy call to make, particularly for a competitive team taking on a race just as much for a result as the for the adventure.

A video recap of the race courtesy of Dan. It’s hard to imagine I was moving that slowly uphill: 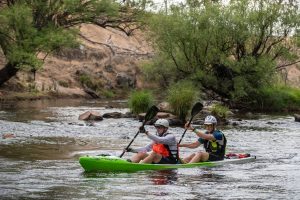 I’ve had quite a bit of time to reflect on the race. I know in the end that it is “just a race”, and not even one for sheep stations. So much effort and expense goes into making the start line of one of these bigger events that to fail so spectacularly is always going to be a disappointment. It is very hard to justify the time away from, and subsequent burden on, the family. Not to mention letting down team mates. What makes it harder in a way is that there is nothing I can really point to that I would do differently if I had my time over. I was fit, healthy and training well in the lead up. I know I struggle in the heat and took every precaution possible. I just had no right being out on course in those conditions on the day. Had it been a cold day I’m confident I’d be writing a different kind of race report today, and which is why I would normally preference cold climate races.  The fact that only 4 of the 20+ teams finished the full course as prescribed is of little consolation. 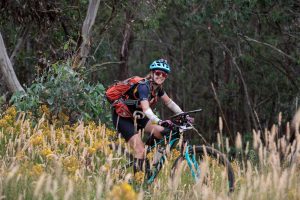 Ali looking as strong as ever.

In my role as a race director, I get a front seat viewing of the different team dynamics that play out through a race. These cover the full spectrum of teams looking to push hard for a win to teams in it for the journey, from super supportive teams to those that are almost competing within themselves and from teams that are on fire to the inevitable number of DNFs that occur in any race.  It’s given me a unique perspective as a racer. And as a race director, being a competitor who has DNF’d a race has given me valuable insight into the full race experience. You can be sure that I have every single competitor’s  welfare and enjoyment when setting the challenge level at a Rogue adventure race.

So, Where to From Here?

The sun sets over the Alpine Quest course.

It would be very easy to become demotivated by a result like the one at Alpine Quest. However, I’ve decided to draw a line in the sand and use it as motivation for the next big goal on the calendar which is GeoQuest.  Certainly my team mates are massive motivators and wanting to be able to more than pull my weight in a race is a worthy goal.  I will make some adjustments. I’ll probably shorten my competitive racing calendar to a 6 month block of the year from May through to October. A shorter season will help with the training load and the time away from family, and will also help me focus on the preparation that goes into the Rogue Adventure Race every April.

Anyway, congratulations to all those Alpine Quest competitors that found their way to the finish line in one form or another. Commiserations to those that fell short. Rest assured in the knowledge that it was a particularly brutal race. Some of you will get the chance to exercise those demons a little earlier with the Raid100 just over 7 weeks away!  It’s a safe bet to say I am excited: stay tuned for some updates on that front soon.

← Looking Back at 2018
A Competitive GeoQuest →