As the eyes of the adventure racing world are turned towards New Zealand for the tenth anniversary of GODZone, Australia is quietly gearing up to kick off the racing season with the second edition of Explore Gippsland this weekend.  As the first race in the national adventure racing series, Adventure 1 has again done what it does best – attracting all the top teams in the country in a head-to-head competition.  Indeed, I suspect that Explore Gippsland could be the most competitive race in the country this year.  Virtually all of the nation’s top teams are present with just the notable exceptions of Chipesti and 3 Points of Contact who will be racing the second race in the A1 series, the Raid 100, in two months time.

Looking over the team list, the standout favourites for the win will once again have to be teams Thought Sports and the Alpine Avengers.  Thought Sports won the inaugural edition of Explore Gippsland with a late push to the front despite the absence of Rob and Kathryn Preston who are consigned to race directing duties.  Bad luck saw the Alpine Avengers slip to fifth place in 2021, and they will be looking to make amends for this and kick off their season in winning fashion.  Both teams are running with newer members to their line up, so along with the general randomness that can be thrown up by an adventure race course, it’s anyone’s race to take.  It will be a case of sibling rivalry between these two teams with the Dornom twins facing off as Bern makes her return to competitive racing in the A1 series.  As Victorian teams, they also both own a home ground advantage. 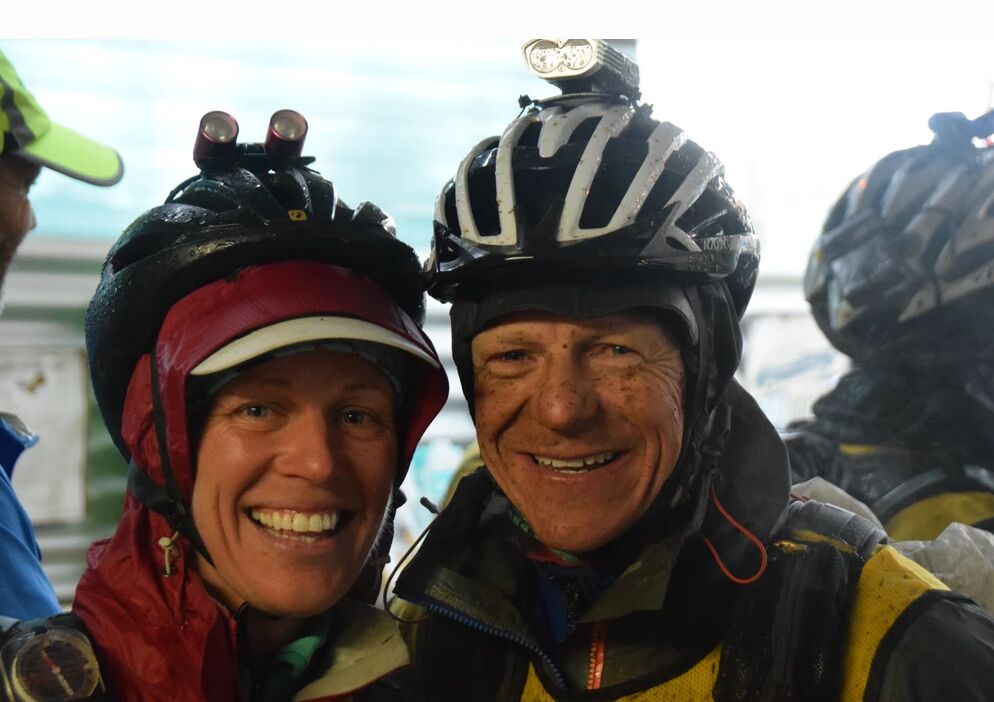 Kathryn and Josh of team Thunderbolt

Hot on their heels will be the other two teams that have taken a national adventure racing title, Thunderbolt and our own team Rogue.  Lead by the navigational nous of Hugh Stodart, Thunderbolt have all the tools to take a win at any race they toe the line at.  Team Rogue will be coming off the back of a win at Wildside at the end of last season.  The team will be racing in a different line up to the one that managed second place in Explore Gippsland last year as one of the few teams with an even gender split of two men and two women. 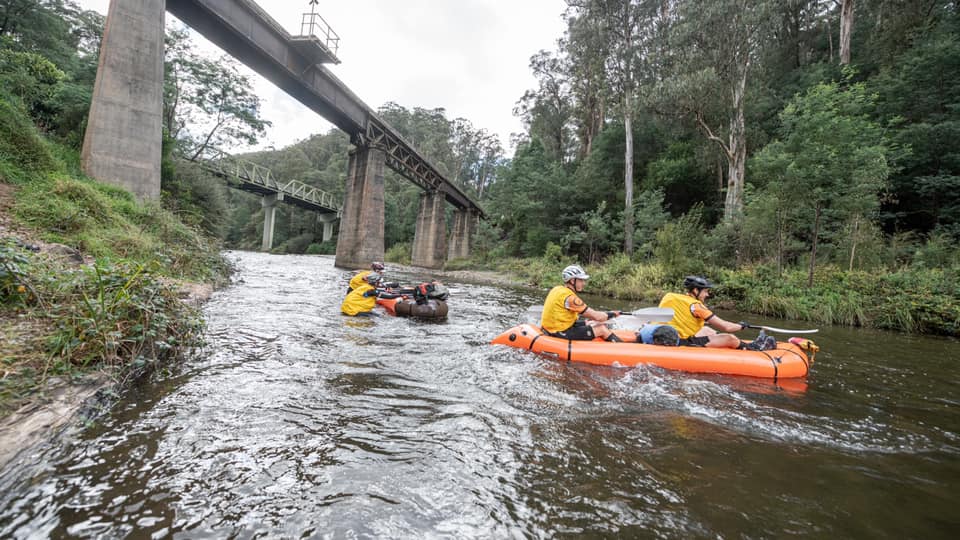 So while it is obvious to name the four past winners of the national title in a predictions list of the favourites, there a number of other teams that I expect to be pushing it in the front pack and are even capable of a podium.  These include the BMX Bandits who are fielding one of the most experienced teams in the field.  This will be Dave’s swan song before heading back to Canada and I expect this team to do very well.  We’ve also seen that team Astrolabe Tigers are a very competent outfit with a top 5 in XPD.  The team they are fielding for Explore Gippsland is arguably even stronger than their XPD line up and they’ve been putting in some hard training for the Raid 100 and will be at peak fitness.  Along with Rogue, both these teams are from out of state which will make for a more level playing field. 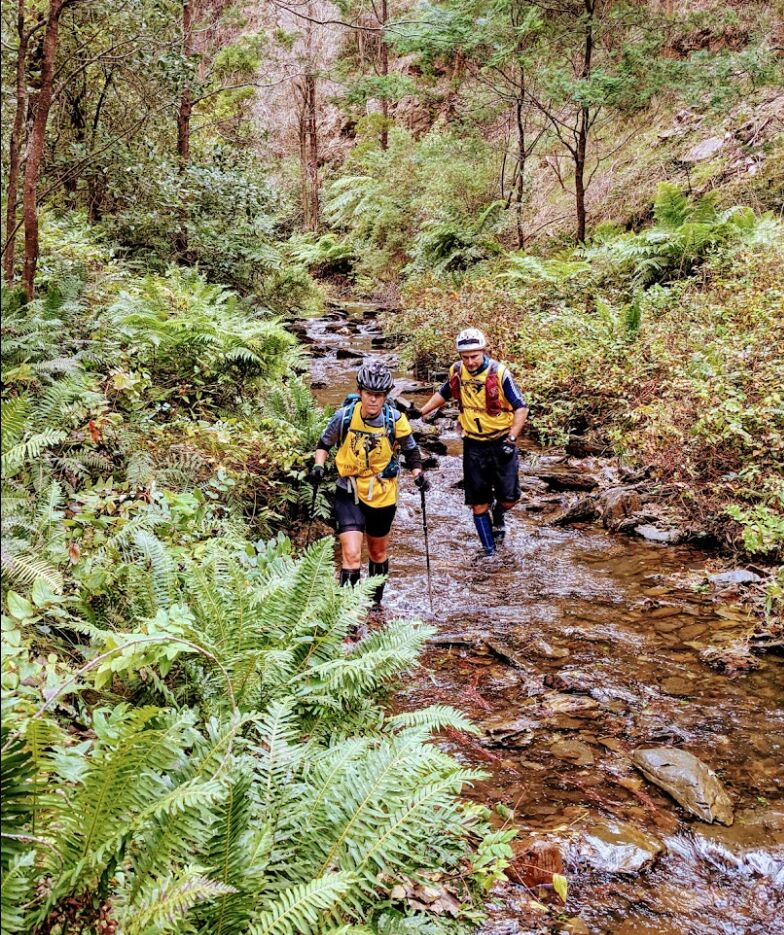 All up, there are 19 team racing Explore Gippsland this weekend in the premier mixed A1 category.  Going by the logistics matrix, the course looks pretty evenly balanced.  There is a long packrafting leg in there – this stage will be hard to make much gains on, but is the sort of stage where teams can certainly shed plenty of time and put them out of the running.  It is likely the big overnight treks out of TA4 and TA5 along with the mystery bonus leg that are likely to decide the race outcome.  The Explore Gippsland format sees even the lead teams racing until the very end of cut offs, so all teams will be out for an adventure.  There are a number of teams entered including Tiger Adventure, Wild Yaks, Tiger Adventure A1, the Brork Life and Peak Adventure Allies who have plenty of experience and are capable of getting through the course in a handy time and will likely have the goal of knocking off the bonus leg in full.  It’s notable that the Tiger training group have fielded no less than 11 teams, including one team made up of the three VPs for the three branches (AR, Ninja and OCR) of the newly formed not-for-profit federation for governance of adventure racing in Australia and will be led by experienced racer Kev Piercy. 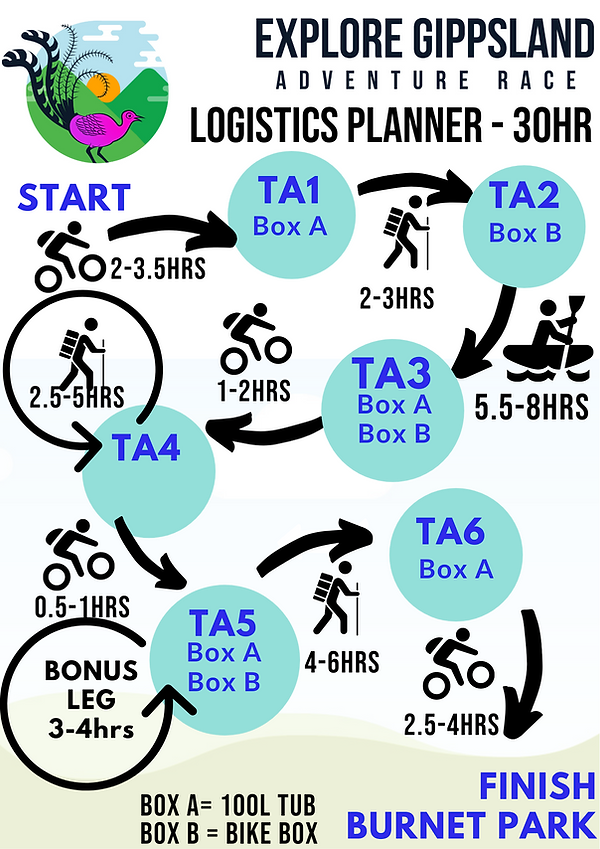 The final factor of note that hasn’t been mentioned is the weather.  The first edition of Explore Gippsland had a massive attrition rate on account of the bitterly cold conditions.  The race was ravaged by hail and sleet overnight, which combined with almost 5,000m of vertical elevation across the course and challenging navigation, saw only just a handful of teams make it to the finish line (you can read about team Rogue’s exploits here).  The long range forecast for this year’s race is looking significantly warmer, upwards of 28°C, although rain may still play a factor.  However it plays out, teams are set for one big weekend of adventure. 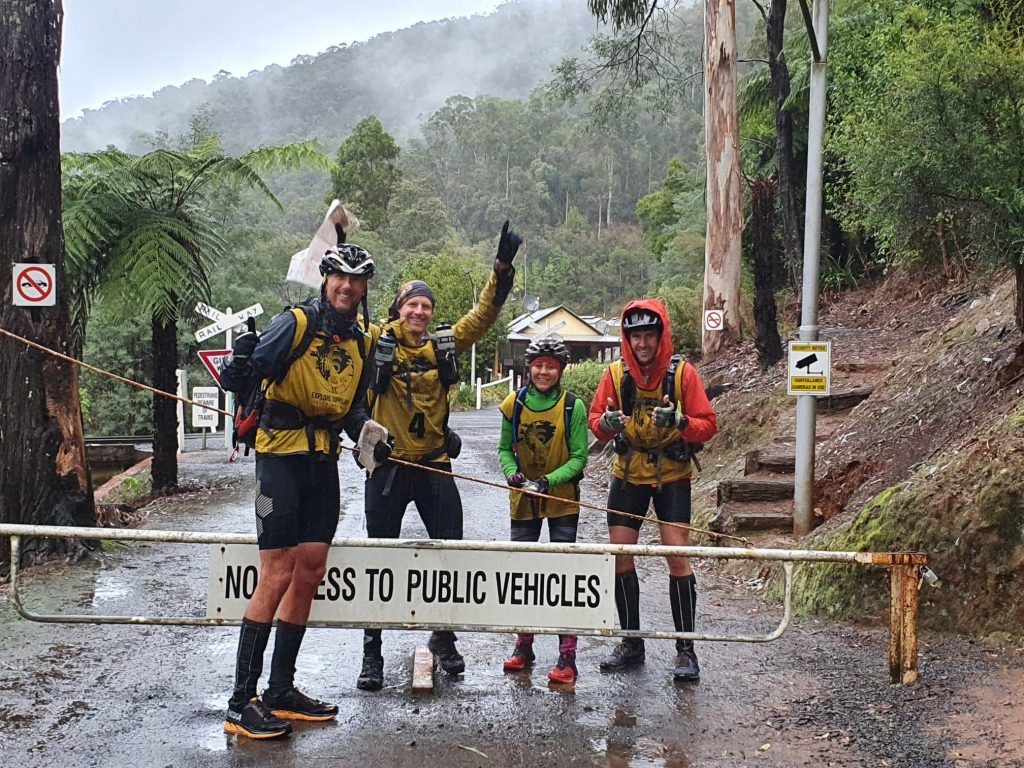 Unpredictable weather is a mark of Explore Gippsland.

← An Insight Into World Obstacle and Adventure 1