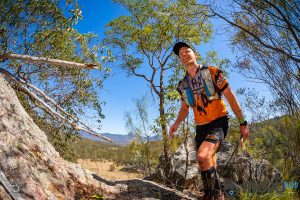 With 2019 done and dusted and a fantastic year of adventure racing results under the belt, the Rogue team have set their calendar with all eyes on a bumper year of racing in 2020. Australian adventure racers are certainly spoiled for choice this year, with 11 adventure races that are 24 hours or longer spread across the eastern seaboard. Team Rogue will focus on racing the Mountain Designs Adventure 1 series with the goal of seeing if we can go one better than our second place in the national results from the past two years. The team will race 4 of the 5 A1 races, unfortunately missing the Explore Gippsland race early in the season which promises to be a fantastic event. Alongside the A1 races, we’ll tackle a number of satellite races along the way. For a quick visual, check out the team’s planned race calendar here. 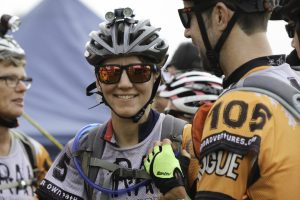 Michelle Delaney at the 2018 Rogue Raid

Come May, the team’s first big goal will be the Rogue Raid 24 hour race.  The squad will be made up of Chris and Michelle Delaney along with Dan and Ali McLachlan, with myself on race director duties. This particular line up now has a depth of experience at this race format, finishing second place the last two years running with high hopes of kicking off our tilt at the A1 series with a strong result.

After the Rogue Raid, the team will return to race the Wildside 36 hour AR in June for the third year running.  As defending champions with a free qualifying entry, Wildside was a no-brainer choice for the team. I’m personally excited about the location the race will visit with some fantastic adventure race terrain options available. The squad will be made up of Dan and Ali McLachlan, Chris Delaney and myself. The timing of the race being so close to GeoQuest will mean that I’ll miss Geo for only the second time in 18 years, however it is possible Chris will still be representing the team at that race if anyone is willing to pick up a 6’7” cycling juggernaut on their team? 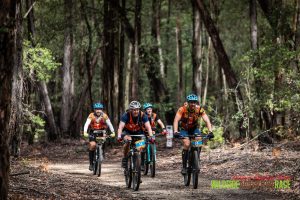 Following the first two Adventure 1 races of the year, I’ll look to do some local races with the Wildfire Raid a fantastic option in July followed by Hells Bells as a team of 2 in early August (along with the aforementioned Max Adventure sprint in late August). I’m particularly looking forward to the ease of logistics afforded by these relatively shorter races done just in pairs.

Continuing on with the Adventure 1 tilt will be the Mojo Raid 12 hour race in September which joins the A1 series for the first time. I’ve enjoyed a relative amount of good success at this race in the past, and I’m particularly keen to see what will hopefully be a boost in the level of competitiveness with the race joining the A1 series. The squad for the Mojo Raid will be made up of myself, Chris and Michelle Delaney along with Gary Sutherland (TBC). 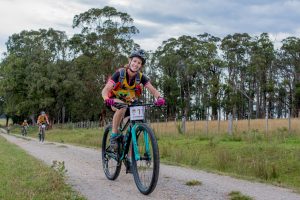 Ali McLachlan at the 2018 X-Marathon race.

Finally, the team will wrap up their racing season with the last A1 race of the year, the X-Marathon 36 hour race in Victoria at the end of September. The Adventure Junkie team put together fantastic, well designed courses over challenging terrain which are well worth the interstate travel for. The squad for X-marathon will be myself, Dan and Ali McLachlan and one TBC.

After a massive year of racing in 2019 and a subsequent break, I feel like the batteries are re-charged for 2020. The 2019 season was a mammoth undertaking kicking off in January and not ending until October. As such, I felt pretty burnt out by the end of the year and also felt like I had a number of sub-par performances without being able to dedicate the time to be in peak fitness and health for all races. The way we have designed the 2020 season, the bulk of all the serious goal races for me personally fall between June and September which allows to really focus the preparation for these events.

Along with the adventure races the team has committed to on our race calendar, there are of course plenty of other great race options on offer including trail runs, mountain bike races, orienteering and rogaining events that the individual team members hope to compete in. Personally, I’m keen to get back to a few more foot rogaines this year after missing all of the traditional rogaines in 2019. 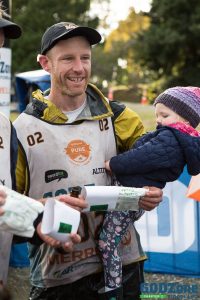 What you can’t see on the planned calendar yet is an expedition race. Expedition length races are my favourite format of adventure racing, but I haven’t raced one since GODZone in early 2018. Given my aversion to heat, XPD in tropical north QLD is off the cards. GODZone towards the end of the year has a lot going for it as an option, but the lure of another “ultimate” course is a daunting prospect. But that itch is definitely there to scratch if the team can come together and pick one of the current 16 Expedition Race options on offer in 2020 in fantastic locations all around the world. Budgets permitting of course! Alternatively, if someone is looking to fill a team – get in touch.

What is apparent to me is that 2020 will be a landmark year for adventure racing in Australia. The fact that we have 11 races that are 24 hours or longer (not including the Mojo Raid at 12 hours length), suggests that the sport is in a healthy place. This is more than double what was on offer only 5 or 6 years ago. However, it will be interesting to see how attendance numbers are at the races as there are only a finite number of competitors in the pool to draw from and there will be inevitable clashes in timing. The Rogue Raid sold out again with 158 competitors in the 24 hour option bringing it over capacity – hopefully the plethora of races will bring more endurance athletes to the sport with a wider range of options in their local area. Developing pathways into the longer adventure races is also key with an organised structure around shorter format events ideal.

What will also be interesting to see is how having two different national/regional series on offer will play out. I’ve definitely been witness to the benefit of the Adventure 1 series in having a common goal for teams to unite around with the top competitive teams more likely to travel interstate to compete for A1 points, raising the level of competitiveness at many more events. My concern around having different national series available is that teams won’t become invested in either of them other than perhaps one or two of the elite teams with a realistic chance of bagging the free World Champs or GODZone entries on offer. I suspect teams will revert to just selecting to do their local races which would be a shame. Whenever I’ve made the effort to travel for an interstate race, I’ve never been disappointed given the chance to explore completely new terrain. For team Rogue, we are keen to continue with a tilt at the Adventure1 national championships, particularly given that the race timings, locations and series point structure make great sense for the team. What is probably most apparent is that race directors will need to maintain the high quality of their event organisation to retain “customers”. Anyway, it will certainly make for a fascinating year of racing ahead, whether directly as a competitor or as an online spectator from the sidelines.

A summary of the full Australian 24hr+ Adventure Racing calendar and any affiliation to a national/regional series can be found below. (Edited note: I strongly suspect that with the bush fire situation in Victoria at the moment, Alpine Quest may have to be postponed to a later date).