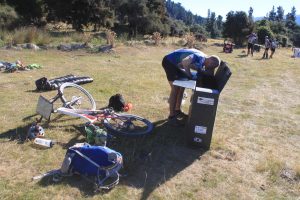 An AR bike box in action.

One of the small innovations introduced by Geocentric Outdoors when they took over management of the Adventure Racing World Series was to standardise the mandatory equipment list across all constituent races.  One gear item that is normally regulated across races are competitor’s bike boxes, requiring them to be of a size typically transported by an airline carrier: 140cm x 80cm x 30cm.  These bike boxes can have a harder time than the racers themselves during an expedition race, so it pays to have something built of sturdy material, for example corflute, particularly if you plan to use it for more than one race.

Competitors have a number of options in sourcing a bike box for an expedition race.  The cheap and nasty way is to buy a cardboard box from an airline and cover it in contact, however this setup will fall apart quickly and will not last more than a single race, and is often not allowed by certain event organisers.  The more expensive option is to buy a commercial bike box – EnviroBikeBox is the only supplier I’m aware of in Australia, however I have seen the buckles on these boxes fail consistently (a result of race volunteers carrying the box by the straps), and the fact that the box is opened from the side and not the top is not ideal for packing the box in race transition areas in my opinion.  Box4Bike have previously produced excellent bike boxes – mine is still going strong after almost a dozen interstate and international races – however they will only place a large order at any given time.  And the box itself, while sturdy, lacks handles on the end and is on the slightly heavier side which can hurt when weight at the check in counter and with race restrictions counting every gram.

The great intermediate option is to build a bike box yourself and customise it with your own personal preferences.  An article by former world champions Orion Health has previously been published by ARea51 on a bike box build instructions.  However a close friend to Rogue Adventure, Mark Wilson, thought he would try his hand at his own build project and I wanted to share his insights.  A downloadable PDF version of his instructions can be found here.  Thanks Mark for letting us share.

Edited Note: For our Brisbane readers, Mark sourced his corflute from BFS Plastics in Salisbury.

UPDATE MARCH 2020: A new player in the bike box market has entered the game. The BikeBox Company produces a box that is designed by adventure races and looks like it ticks all the boxes. A number of competitors have been using these in Expedition Africa for a while now. You can see their flyer here: BikeBox Company Flyer

Alternatively, another company called CrateWorks also produce an AR compatible corflute bike box. To be honest, I haven’t given them a close look, but they may well be worth investigating if you are in the market for a bike box.

The finished weight of the box is 4.6 kg.

In Brisbane, corflute and adhesive were available from BFS Plastics, Salisbury, www.bfsplastics.com.au. They cut to size and offer a service to construct boxes. 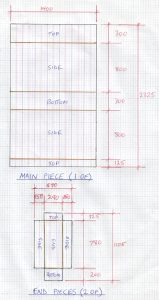 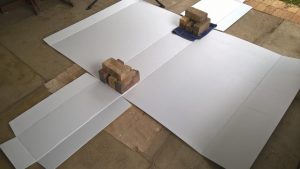 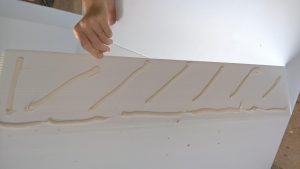 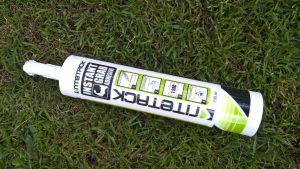 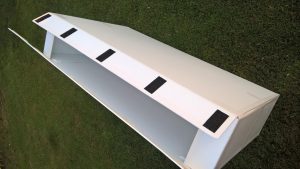 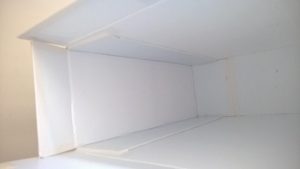 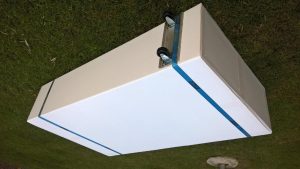 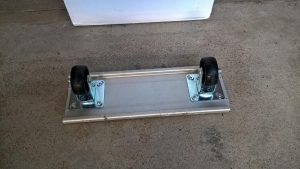 Figure 8: Trolley made from scrap aluminium channel and two wheels secured by rivets with washers.

← Keeping Warm on the Go
Rogue Adventure State of Play →