With Adventure1 races across three different countries running on the same weekend, it’s officially an A1 SUPER WEEKEND. Across the ditch in New Zealand it’s the Bivouac 12 hour AR with possibly the strongest competitive field in an NZ A1 race to date including teams such as Tiki Tour, Tiger Adventure NZ, the Sneaky Weasel Gang and Best Foot Forward. In South Africa, we have the Vasbyt 30 hour AR where the absence of team Keyhealth Nevarest leaves team Merrell in a commanding position in the national series, with teams like DSV Cyanosis and Jabberwock left to wrap up the minor placings. And then there’s the fourth race in the Australian series: the Hells Bells 24hr AR. 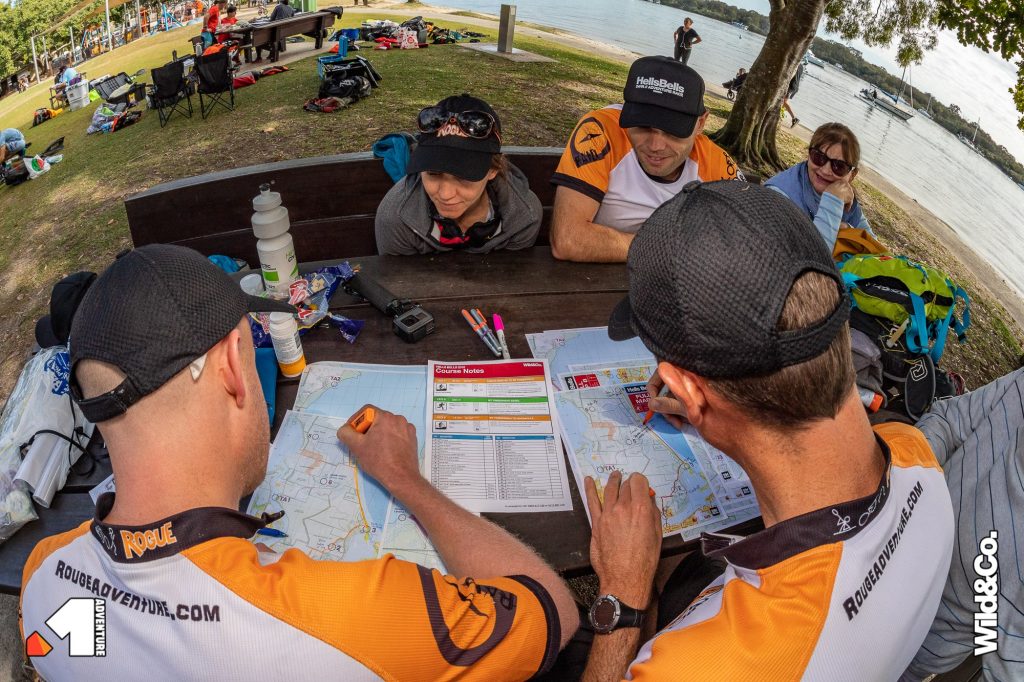 As things start to head towards the pointy end of the Australian national adventure racing season, we have an interesting scenario brewing on the points table. In theory, any one of the top five teams in the country could mathematically still pull off a national title by the end of the year, so there is everything to play for heading into the fourth race of the season.

Hells Bells has a significant history in Australian Adventure racing as the longest running 24 hour race in the country. Whilst changing race director hands a number of times, the 2019 edition of Hells Bells will be its 14th running of the race. The race returns to its familiar home on the Sunshine Coast with a race HQ based out of Maroochydore. A glance through the course logistics suggests a traditional style course as well: no single massive leg, however the overnight trek/s will probably prove decisive again and a team’s paddle strength probably won’t play a significant role unless it boils down to a tight finish. 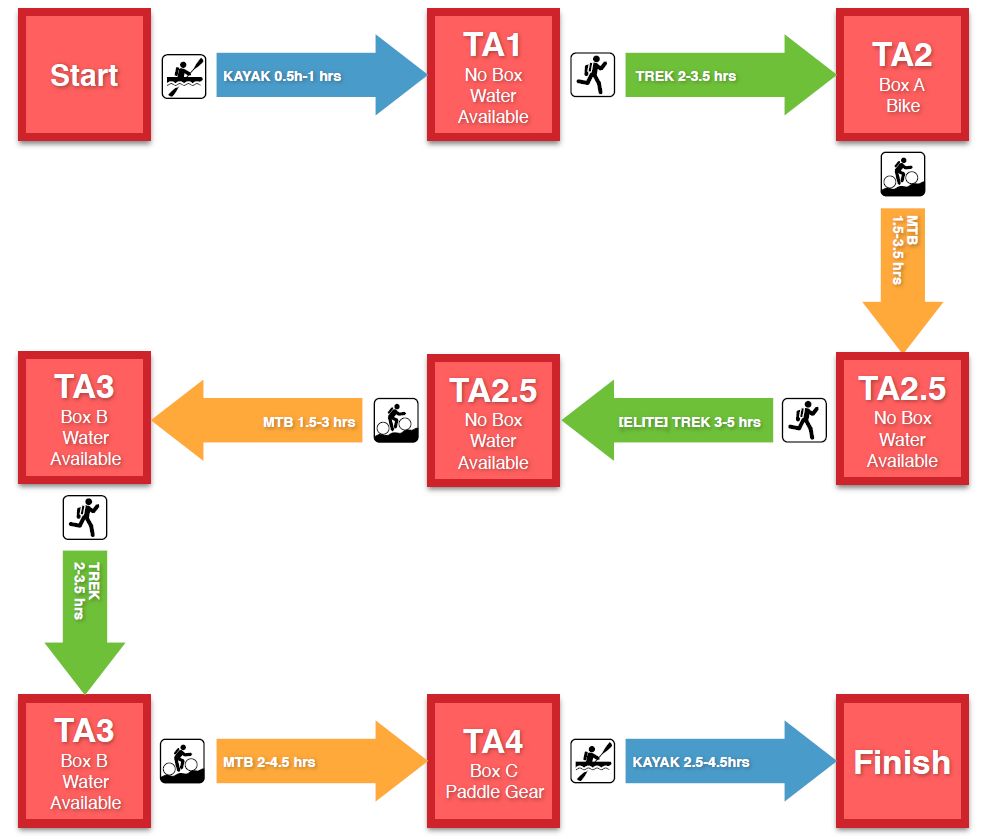 In picking a winner, I’d suggest it is a matter of throwing out the same set of names that featured in the GeoQuest predictions blog: Thought Sports, Alpine Avengers, Wild Earth Tiger Adventure, Thunderbolt AR and Rogue Adventure.  These five teams have consistently raced at the front of the pack for the last two or three years in the national series.  Thought Sports are the defending champions at the race, and seem to have the edge over the rest of the field, typically making a move in the overnight trekking stages when the navigation and terrain get a bit trickier. However, I’d go as far as to suggest that both the Alpine Avengers and Wild Earth Tiger have a home ground advantage at Hells Bells and possibly head in as slight favourites at this year’s race. Thunderbolt AR will be heading to Eco Challenge in a little over a month and should be in prime fitness at Hells Bells – as the 2017 Hells Bells and national champions, they should never be discounted. Rogue Adventure are constantly nipping at the heels of these teams and I’m looking forward to having it all come together for the team after illness derailed our efforts at GeoQuest back in June.

What is fascinating though is the context the results from Hells Bells will have for the national series. Alpine Avengers and Wild Earth Tiger entered GeoQuest tied on points with a win a piece. However, in the wash up they still remained tied together after being awarded joint third place at Geo after the teams couldn’t be separated on time due race logistical difficulties. Presumably we are going to see a split between these teams and a fierce battle to see who can come out on top at Hells Bells.

Meanwhile, Thunderbolt have logged two second place finishes and are hovering just behind the Avengers and Wild Earth on the ladder: recording a win at Hells Bells would launch them to the top of the national series. Meanwhile, Thought Sports have only raced a single race this year which explains their seventh place on the ladder. However experience has shown they are capable of backing up with another win next weekend which would put them in a commanding position in the best of three series. The really interesting question is whether they could contend the fifth and final race at Wildside in October, which they would need to do to log enough races to reach three races, having missed two events already. Given that team captain Rob Preston is helping with course design at Wildside and entering a Wildside team would require one or more Thought Sport members to back up pretty shortly after Eco Challenge, this is still an unknown. A win for Rogue Adventure at Hells Bells to go along with their second place at the Raid100 would also put them in the hunt for a maiden national title. 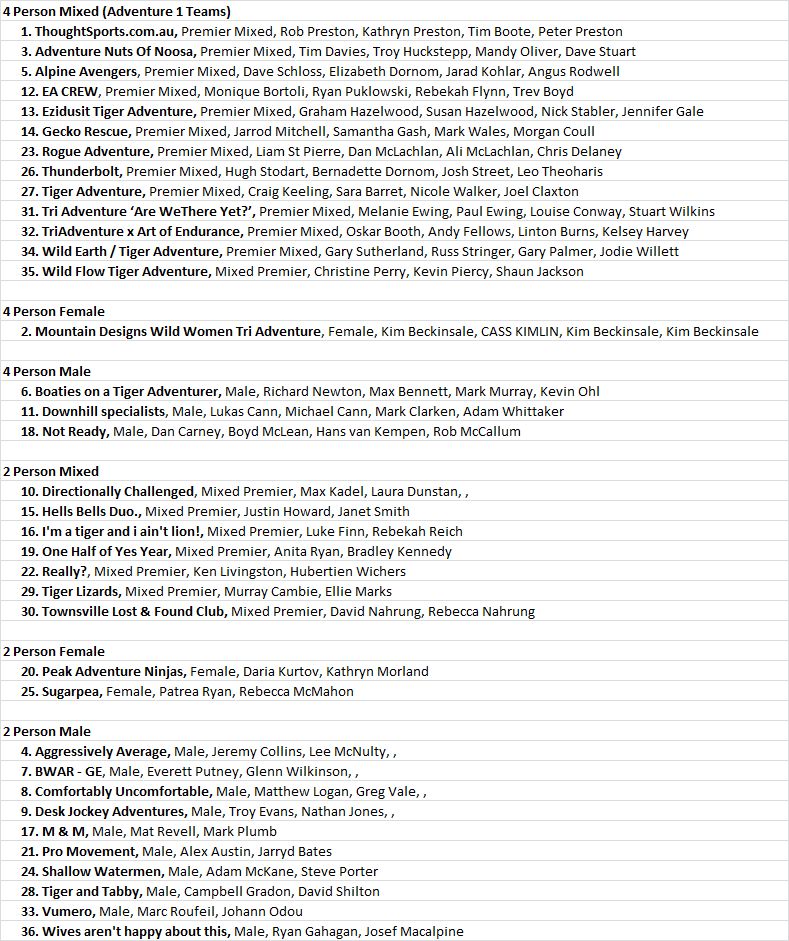 A full team list for both Hells Bells and Fairy Bells can be found here. A couple of other interesting insights include team Gecko Rescue which contain a number of other competitors training for Eco Challenge in September. Team Tri Adventure x Art of Endurance have plenty of speed and strength and will mix it with the front half of the field. The Mountain Designs Wild Women are an obvious lock in the all women’s category. What is always interesting to see is how well they do overall – their fourth place in the recent Wildfire Raid suggest quite well potentially. Team Pro Movement would be my pick of the two person teams. In the Fairy Bells field, it would be hard to go past team Date Night for the win not just in the mixed category but overall as well. Another interesting statistic is that Josh Street, racing for Thunderbolt AR, joins Christine Perry and Sarah Barret as only the third person to have raced 10 or more A1 races since the inception of the series at the start of 2017.

The only thing guaranteed is that it will be a super competitive weekend of racing. And while we probably still won’t be able to crown a national champion until the fifth and final race in the series, the results at Hells Bells will play a key role in determining which team will be our next national champions.